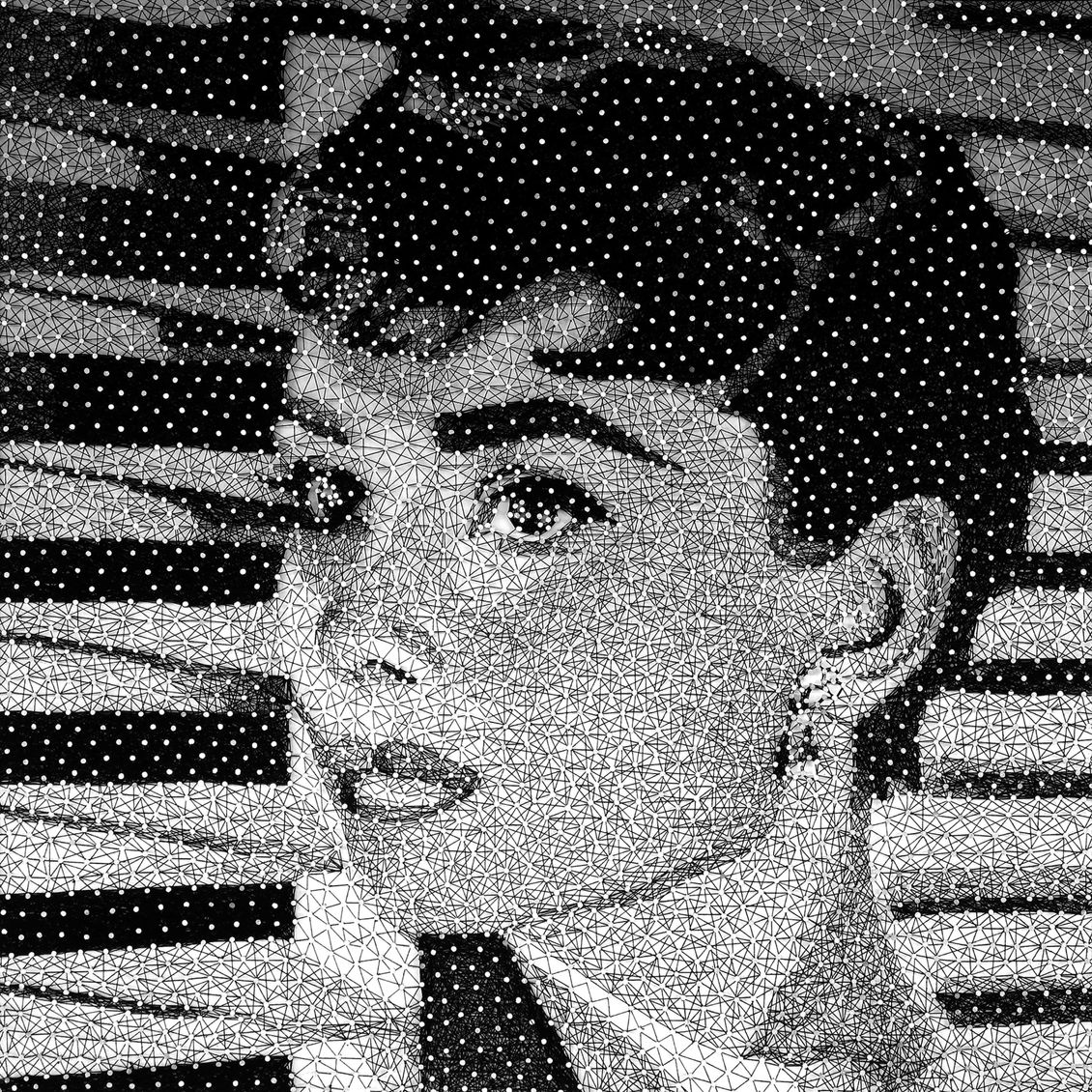 Nemo Jantzen was born in the Netherlands in 1974 and grew up in a family of artists. After studying art and design at the RTO Art Academy in Rotterdam, he traveled the world, first working as a graphic designer and poster artist for a few years. Nemo Jantzen uses another technique that amazes with incredible creativity and artistry. Again, it is mainly portraits that form his preferred subject. These motifs are broken down into a fine grid by nails with relatively large heads, which the artist hammers into a coated wooden panel. Jantzen then "paints" along the nails using only a single dark cotton thread. In the process, the intersections of the thread condense into the dark areas of the image, and a three-dimensional work of art emerges. Light reflections on sunglasses lenses, light-dark contrasts of the lips and eyes, the hair, the face the hands - everything arises from only one thread.

Nails and cotton thread on wood in plexiglass box